By by Devon Williamson

Auditions
Saturday 12 June between 10am and 2pm

Dim-witted Officer Dwayne’s tranquil evening at the Birchwood County Police Station is shattered with the arrest of three unlikely women; the Mayor’s wife, the local mad cat-lady, and a dangerous looking New Yorker. The already chaotic situation descends into mayhem with the arrival of a New York gangster, disguised as an FBI agent, hell-bent on exacting revenge on his wife. By the end of the night, the ladies have formed a gang, sung some songs, escaped from jail and locked the gangster up in their place, leaving Officer Dwayne wondering how on earth he managed to make the arrest of a lifetime.

So if you’re up for a madcap caper, come along on the 12th and show us what you have to offer. 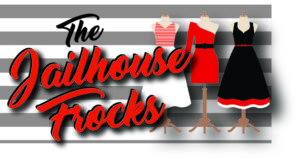 Auditions are for three female and two male roles