Onewhero Society of Performing Arts (OSPA) is a well-established performing arts group located in Onewhero, a mere twenty minute drive from Pukekohe. The group was established in 1949 and has celebrated over 60 years of performing.

The objective of OSPA is to encourage and facilitate involvement in a variety of performances. We achieve this by doing our own productions as well as hosting outside performers.

In April 2008, OSPA proudly celebrated the opening of their new purpose-built theatre. The theatre has tiered seating for 99 patrons, in comfortable seats, a generous stage, lounge and kitchen, and sophisticated sound and lighting systems.

Audiences have been very impressed with the quality of the OSPA theatre experience. 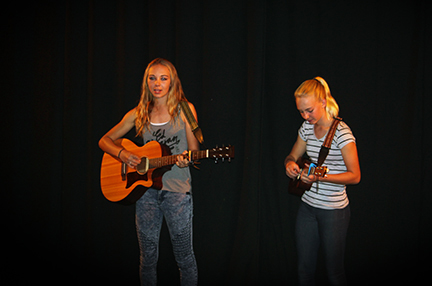 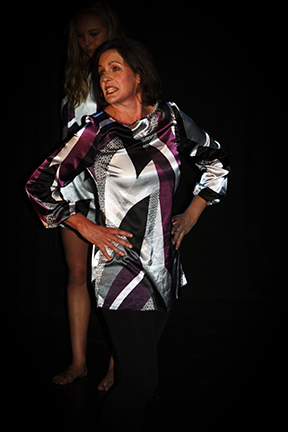 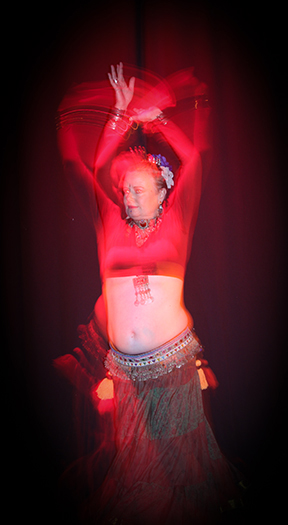 When the Dream Became Reality

Until 2008, OSPA (formerly the Onewhero Drama Club) put on its productions in the community hall. But since it is a community hall, many other groups regularly have the use of it, so plays couldn’t be spread over two weeks. This meant that on the last night of a production, all hands broke down the set and cleaned the hall, ready for the next users.

Clearly, with such a strong performing arts culture in Onewhero, it was time to think about a purpose-built theatre. June McCoubrie was the dreamer behind the project, holding firm to her belief that it was a possibility in the face of many people casting doubts as to whether it could be done. After much soul searching and cajoling, it was decided in the early years of this century to make a start.

The original budget and goal – using a thermometer sign outside the site – was $250,000. However, when all was completed it actually cost closer to $1,000,000. So began the five years of fundraising before the theatre building was completed. The whole project however, with completion of the inside, actually took eight years. Towards the end proved a difficult time to muster funds because it looked finished on the outside, but funds were still needed to complete the inside.

Many fundraising events were organised: first was a one-man show by Matt Chamblains – The Anthony Wilding Show, comedy nights, cattle drives, garden parties, auctions, musicians, international artists, album launches, buy a brick or a sheet of ply schemes, all while still performing our own plays and pantos.

By 2002 the first $50,000 had been raised so work began on the concrete pad and putting up the first stage of the pole frame. From there, more fundraising took place and we received the support of some sponsors: Franklin District Council, Gaming Trusts, Lottery Grants, the Bowling Club and some generous benefactors all made major contributions toward our building project. The new building would be a shared facility with the local bowling club. A kitset design by Tuakau Timber Treatment, the building itself is a 422sqm pole and plywood barn.

Over the eight years it took to complete, we asked a great deal of support from our small community and they always came through, either by attending our events or by donating their hard-earned money to the cause through our fundraising schemes. Truly a building for the community built by the community.

Tom McCoubrie was on site most days overseeing everything that needed to happen during the building phase. It was his eye for detail and his dogged determination to complete his wife’s dream that made this project a real tribute to him.

On 19 April 2008 we officially opened our theatre doors to the public and a week later we performed our first show – Key for Two – in the new theatre.

Since that date we have produced many great productions, hosted Arts on Tour shows, musicians, Over the River art exhibitions, short film competitions, team challenge nights, poetry evenings, blackboard concerts, home brewed play writers’ competitions. We continue to have the community support as they stream in our theatre doors to watch the wide variety of performances held on our stage.

The 10th anniversary of the theatre’s opening was celebrated with a grand variety concert, with donors and sponsors attending the first night and members of the local community the following two performances. Many talented locals took part, including pupils from Onewhero Area School.

Some of the committee members who have been a part of OSPA during the dream phase, then through the building phase, and the following ten years are Gladys Hedley, Leonard Irving, Richard and Kathleen Solomon, Jess Lorimer, Richard Gemmell, June and Tom (deceased) McCoubrie. All of us very proud of our incredible theatre in our small rural community. And in 2019, OSPA will celebrate its 70th anniversary – something we can also be very proud of.

The combined efforts of many are needed to complete a project.